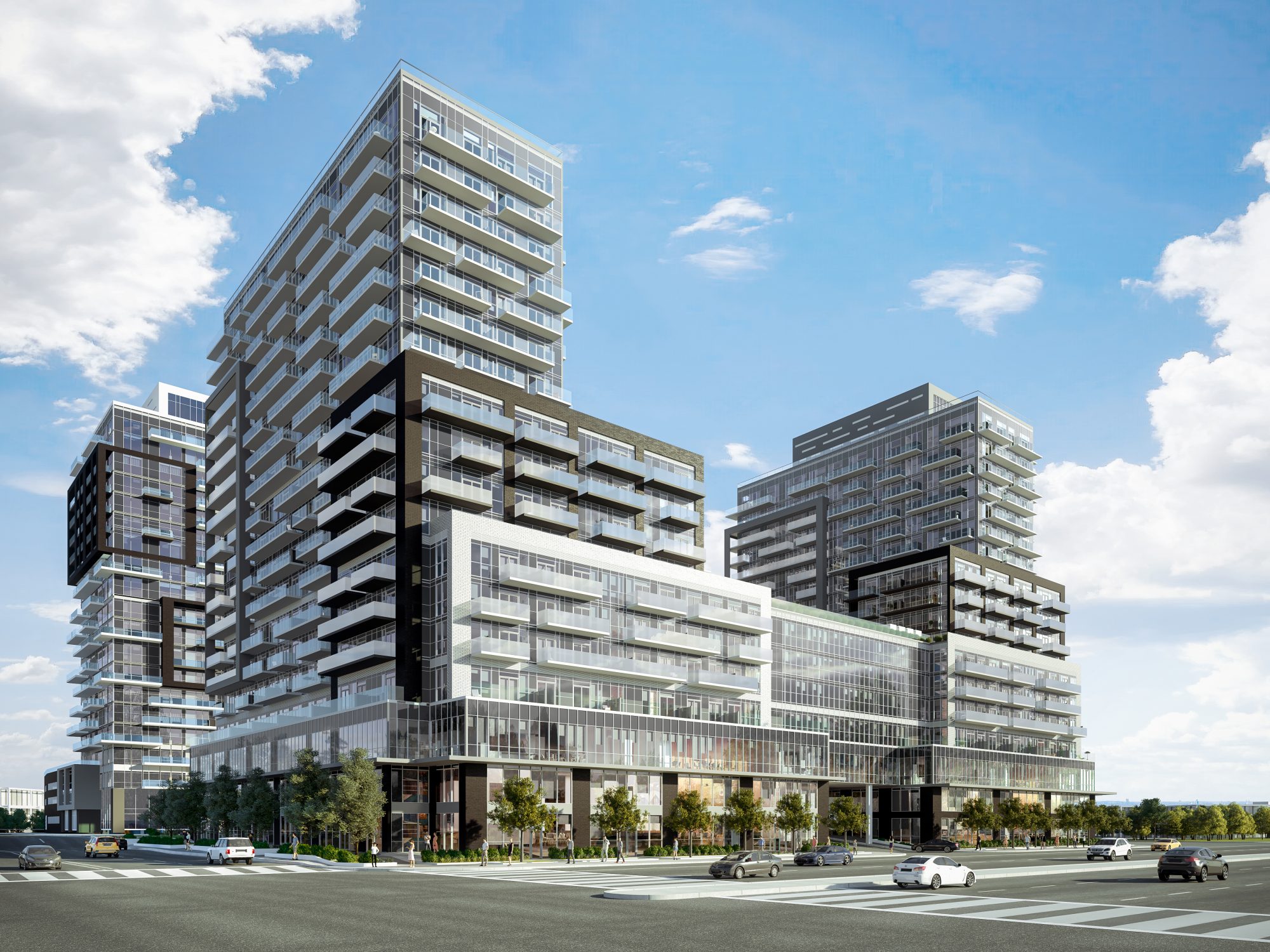 At Paradigm Grand You Can See for Miles and Miles

Life on the Golden Horseshoe means wonderful vistas. One of our favourites is the view on a clear day of the Toronto waterfront skyline from Niagara-On-The-Lake. Anything that makes the Big Smoke look tiny, right?

The view from the twin front towers of Paradigm Grand is about to rival any along the western shore of Lake Ontario, thanks to the vision of the Molinaro Group and their architect Barry Graziani. Maybe he was listening to The Who when he was doing his drawings.

The legendary rock band’s hit “I Can See for Miles and Miles” is the perfect theme song for his vision of a structure with almost limitless sightlines toward the blue horizon.  Barry and the Molinaro Group ensured that floor-to-ceiling windows be the standard for every unit so, you will see for miles and miles … and then some.

An abundance of natural light ranks high on the wish list of most condo customers for good reason. The winter months in Canada can be unrelenting. A lack of adequate daylight isn’t just unhealthy for our physical well-being but it can take a severe mental toll as well. We are nothing if not sympathetic to the issue of cabin fever.

That’s why every unit at Paradigm Grand features a wall of glass in the main living area. Consider it your front-row ticket to the evolving seasons. No need to turn on the TV or check your mobile device. The weather report is always right there in front of you. Vivid summer sunsets; the ever-shifting tones of blue, grey and silver during the winter, and the blazing, multi-coloured canopies of fall – you get them all right out your window.

The location of Paradigm Grand’s two front towers will offer an unobstructed view of Burlington’s greatest asset – its lakefront. There are no other man-made structures to interfere – and won’t be any in the foreseeable future – because these are the tallest planned for the area at 22 stories. You can invest with confidence, knowing that a shutter won’t come down on your magnificent sightline.

There’s nothing standing between your premium unit and the shoreline except parkland and low-rise residential neighbourhoods. Paradigm Grand’s amenities, including the all-season swimming pool, yoga studio and fully-equipped fitness center, also feature soaring glass windows and an ever-present flood of glorious light.

It’s “a home run” says Managing Director Sam Di Santo, in the forefront of the project since the site was selected in 2007. “With Paradigm” he adds, “we were truly ahead of our time.”

The Grand Finale is a Vision Fully Realized

From Graziani’s standpoint, it’s a thrill is thrilled to see this final stage of his design coming to fruition.

“The exciting part about the Grand Finale is that it starts to crystallize and finalize what we originally thought. The addition of the two, front towers create this courtyard; that almost becomes a little oasis, a sanctuary in this development. It starts to take on a life of its own. All of the residents will feel it’s part of their home.”

Complementing the courtyard is the outdoor terrace of Paradigm Grand. A master stroke of humanistic design, this verdant expanse formally titled “Paradigm Park” soars seven stories above street level and spans the entire footprint. It’s divided into a fitness zone on one side and a separate leisure area with room to stroll, sprawl or just sit and contemplate the splendid view.

As a fully-integrated feature, it’s an all-seasons escape where residents can meet and socialize in a spacious retreat or enjoy personal quiet time in the fresh air. It’s also totally in keeping with the Molinaro Group’s mission to create a lifestyle destination in the heart of a growing, mid-sized city.

In the words of company President Vince Molinaro, “We’re not building condos we’re actually building lifestyles. We’re creating a better Burlington for people who live here and for people who want to live here.”