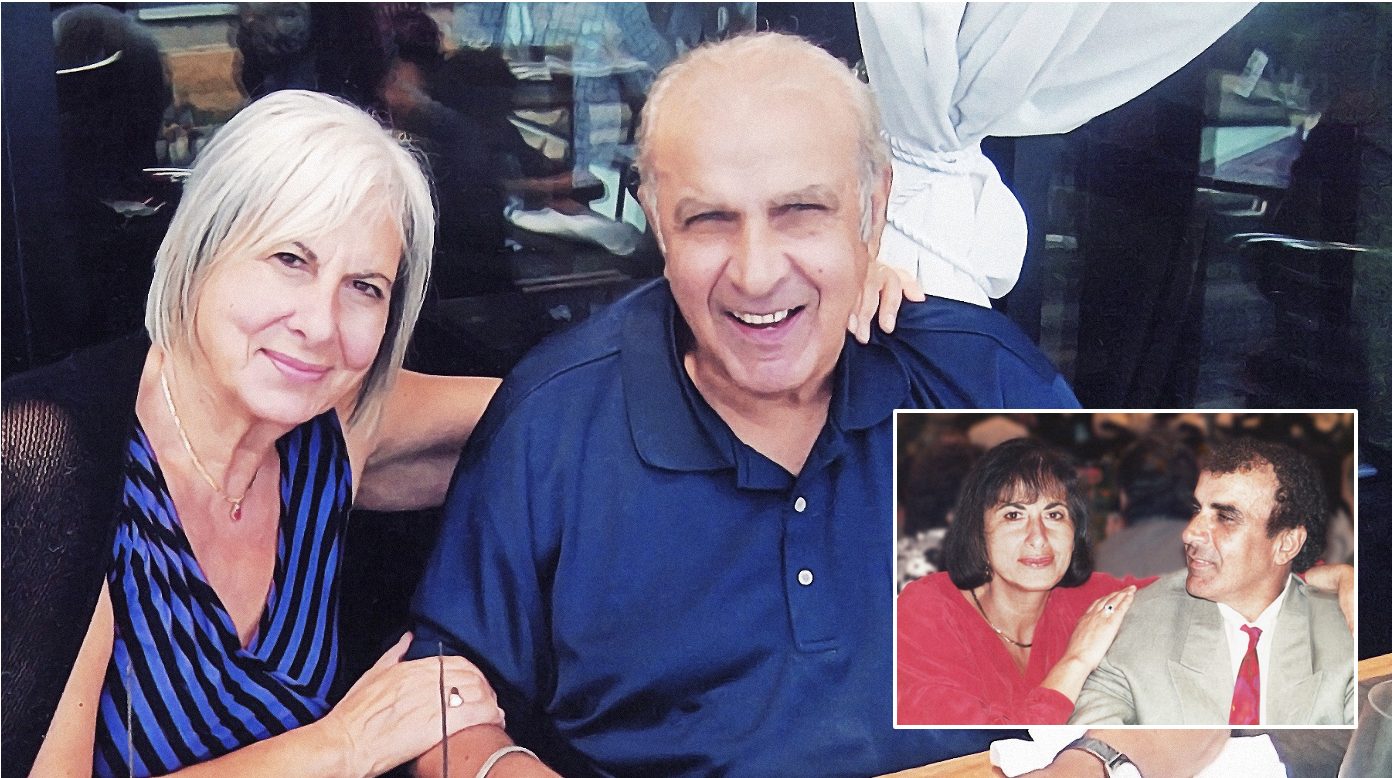 Pictured above are wife Lina and husband Domenic Molinaro. The large image is just a few short years ago and the inset image is in the 1980s

A Modest Yet Determined Beginning

Although the Molinaro Group is a remarkable and large-scale success story, its beginnings were the definition of “humble.”

The company got its start at the family’s kitchen table in 1963. That’s where founder Domenic Molinaro worked with his wife Lina, who acted as secretary, office manager, mother, and cook. They both worked all day, ate dinner with their kids, and continued working through the night.

“Our kitchen was our office. While I was typing for him, I would cook at the same time,” said Lina Molinaro.

Domenic grew the business through perseverance and familial support. Several years into his career, he became general contractor for a building in Guelph and had to quickly assemble a team of family and friends to help with a project he bid on.

“I didn’t actually have a team when I won the bid, but I knew I could get one together,” said Domenic. He did and the large project was completed on time and on budget.

After multiple successes throughout Southern Ontario, most notably in the Hamilton and Niagara Falls areas, Domenic looked up the road and thought Burlington would be a good place to explore new opportunities.

Building Burlington One Block at a Time

Burlington’s downtown and waterfront were relatively empty when Domenic arrived in the late 1990s.

“You could fire a cannon all the way up Brant Street and not hit anything,” said Sam Disanto, Managing Director (and Domenic’s son-in-law), Molinaro Group.

Domenic saw the same overlooked and under-loved downtown, but also saw the potential to fulfill his vision of what Burlington could be – a vibrant, growing city with a dynamic and livable downtown.

That vision first took shape with Spencer’s Landing, his first project in Burlington. Built in 2003, it was one of the city’s first condos in nearly 20 years, featuring an indoor pool and other amenities not common at the time.

Molinaro Group’s second development was Bunton’s Wharf, completed in 2007, naming the condo after a local pioneer at the request of city council. The mixed-use building has street-level retail, a first for the company, as well as amenities that made it an eminently desirable place to live.

“I lived at Bunton’s Wharf for 13 years, me and my wife, and we even had a couple of children there,” said Rob Molinaro, Executive Vice President, Molinaro Group. “We enjoyed great amenities, including the amazing rooftop pool. You don’t see that much. And it was downtown, near the lake and everything. You couldn’t beat it.”

Their third project was The Baxter, completed in 2008. Built next door to Bunton’s Wharf, the development was named after another city pioneer and rival wharf owner. In addition to street-level retail and varied terracing, the building featured larger units – over 2,500 s.f., which was unheard of in condos at the time (and even now!) – with outdoor terraces, gas barbecues, and other amenities.

The Next Generation Goes to the Next Level

Domenic’s sons, Robert and Vince, grew up in the family business, learning the trade from the ground up. As they gained experience, they became more involved in property development. When Domenic decided to step back from his leadership role, Robert and Vince (and their brother-in-law, Sam DiSanto) were ready to make the transition.

The “next generation” of the Molinaro Group made a bold statement with the launch of 360 on Pearl. Ironically, the development replaced a convenience store that Domenic built on the property many years earlier. Completed in 2011, this luxurious high-rise condominium featured a modern look, customized units, and high-end amenities, as well as design elements that represented a new standard for Burlington condominiums.

“How we built it then, with the podiums, with the setback, with the tower and the smaller footprint, is how the city mandates buildings are built today,” said Vince Molinaro. “We were ten years ahead of our time. I think we were the pioneers of this approach here in Burlington.”

Making an Impact on the City

Molinaro Group keeps developing multi-residential properties that have shaped Burlington’s downtown and waterfront. Strata. The Brock. Paradigm. And now Paradigm Grand. Each building is unique to the city and their respective neighbourhoods, as well as attractive and innovative in their design and amenities.

Molinaro Group continues to shape the city in many ways. They’ve contributed funds, resources, and time to supporting community developments, including the Joseph Brant Hospital, the public library, and the performing arts centre. They’ve also supported local initiatives, such as an urban farm that provides fresh produce for Burlington’s food bank. In addition to continuing Domenic’s legacy, these efforts have helped make Burlington one of the most livable cities in Canada.

“We’re glad to have played a role in helping to make Burlington such a great place to live,” said Sam DiSanto.

And it all began around a kitchen table.