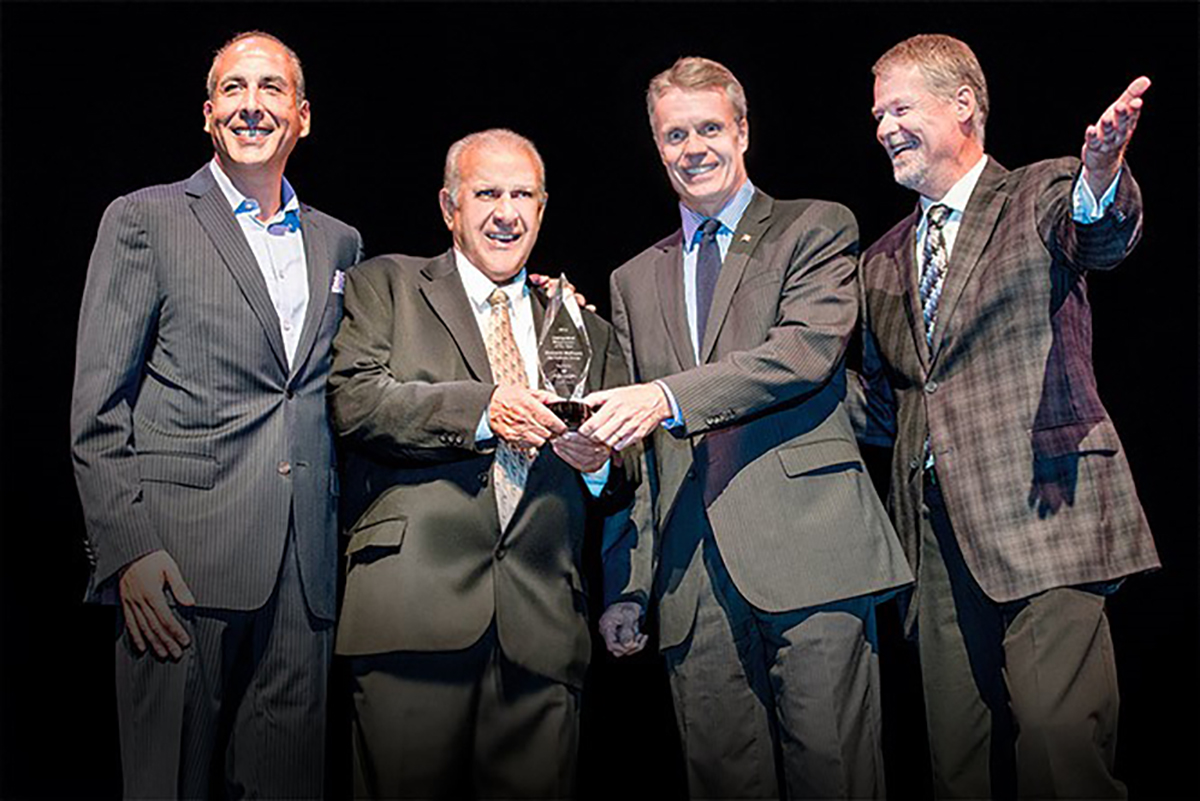 Burlington, Ontario- Domenic Molinaro, Chairman and Founder of The Molinaro Group, has been formally inducted into the Burlington Hall of Fame at this year’s Distinguished Entrepreneur Dinner, which took place on Thursday, October 6th. The gala event, held at the Burlington Performing Arts Centre, was the tenth annual presentation of this prestigious award.

“It’s an incredible honour to receive this recognition from a city that has been so good to our family and to our company,” says Domenic.  “Having lived and worked in the area for over 50 years, it has been very exciting to be part of Burlington’s amazing growth and success.”

Having arrived in Canada from Calabria, Italy, in the 1950’s, Domenic Molinaro’s story is a tale of hard work, perseverance, and a little bit of blind faith. After gaining entry into the construction workforce as a carpenter, Domenic’s work ethic and interpersonal skills quickly landed him the opportunity to act as general contractor on a building in Guelph, Ontario. He accepted, though he had to assemble a team of uncles and friends behind the scenes to get the job done, on time and on budget.

Some fifty years since Domenic’s first project in Canada, The Molinaro Group has developed over 10,000 residential units and more than one million square feet of commercial real estate. With the company’s Corporate Office based in Burlington, Domenic has continually focused attention and finances on the development of the city’s downtown core, creating some of the region’s most recognizable skyline landmarks. During this time, Burlington has transformed from a lakeside small town into “Canada’s Best Mid-Sized City” according to MoneySense Magazine. It’s no coincidence why: In addition to building such prestigious real estate developments, The Molinaro Group has also placed significant emphasis on charitable giving, including a $1 Million donation to the Joseph Brant Memorial Hospital Foundation in 2013.

Thursday’s event was well attended by Burlington’s business elite, and featured gourmet cook-to-order food stations, high end tapas, live music, and stand-up comedian, Dave Hemstad. Keith Hoey, President and CEO of the Burlington Chamber of Commerce, was pleased to be presenting the award to such a deserving inductee. “We’re extremely pleased to be hosting the Distinguished Entrepreneur Dinner. This event has a great tradition of recognizing and honouring great Burlington business leaders and it’s important that we acknowledge and thank these people for their contributions to our city.”