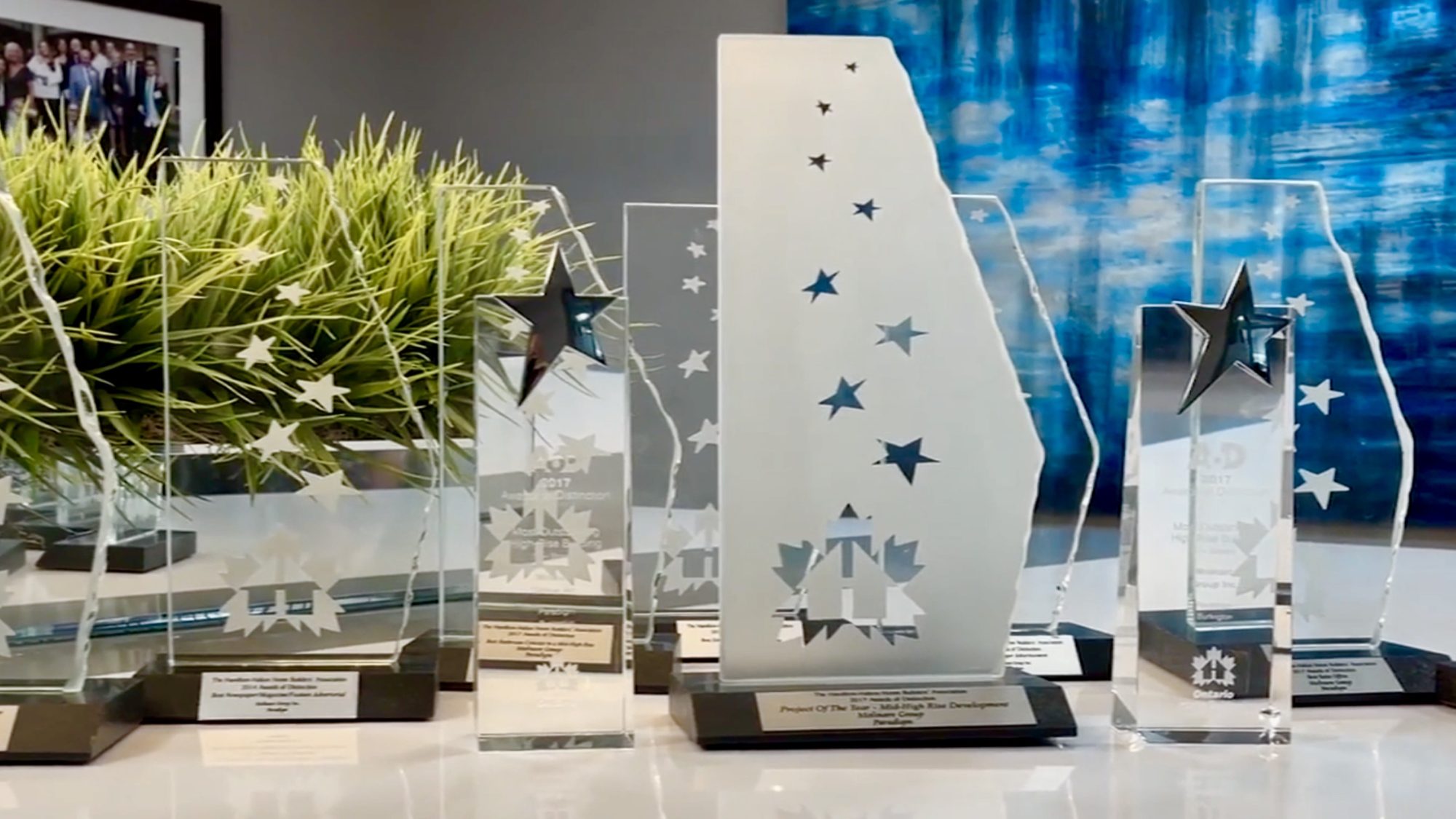 “Molinaro Group is more than a company that happens to be located in Burlington. Burlington is a part of us. The city is in our blood.”

A Long History of Building in Burlington

Molinaro Group has been developing residential and commercial properties in Burlington for almost 25 years. Their buildings are an integral part of the downtown core and the waterfront. They’ve helped create the beautiful skyline that Burlington residents and visitors have come to recognize and appreciate.

When Domenic Molinaro first came to Burlington downtown and waterfront were empty canvases. He had a vision for what the city could be. And he set out to realize that vision by developing truly beautiful and unique buildings.

Vince Molinaro, President of the Molinaro Group, said, “When we first came here, there was nothing much going on in Burlington. My dad saw the vision. A lot of people didn’t.”

Burlington has always been known as a family-friendly city. That’s why Domenic chose to raise his family here. His children grew up, in part, working on construction sites around the city. And they initially raised their families in Burlington and the surrounding area.

The rest of Canada knows how great Burlington is too. MoneySense magazine has repeatedly ranked Burlington as the #1 Canadian city to live in.

“We would have to agree,” said Sam DiSanto, Managing Director, Molinaro Group. “And we’re glad to have played a role in helping to make Burlington such a great place to live.”

Every property built by the Molinaro Group is recognizable and distinct to Burlington. They each have unique features and amenities that define their neighbourhoods. These buildings include:

Working Together to Build Better

Collaboration and cooperation are central tenets of how Molinaro Group does business. It takes the efforts of many people working together to successfully complete a development. This begins before the first shovel hits the ground.

Molinaro Group engages with city councillors and ratepayers to ensure every development results in a win-win situation. They listen to all feedback when designing their buildings to create positive environments for residents and community members.

For example, with Strata, the team at Molinaro Group engaged with local residents who wanted input on the look of the building. They worked for months to come up with a design that preserved the area’s vistas. In the end, they received a signed letter of approval from the resident committee.

“We want the people of Burlington to view our buildings with as much pride as we do,” said Robert Molinaro, Executive Vice President.

Supporting the City’s Economy and Communities

Molinaro Group is committed to Burlington’s economic health and growth. Several years ago, they relocated their head office to the city. Setting up shop in the community means providing jobs—both directly and indirectly—to the people who live there. And they do business with other local businesses, which is good for the community and the economy.

A city is more than its buildings. It consists of the people who live and work there. It depends on community amenities and spaces to make it livable.

That’s why Molinaro Group has put time and resources toward the development of community amenities. They’ve donated land and materials for an urban farm that provide fresh fruits and vegetables to the food bank. They’ve supported campaigns to fund the public library and performance arts centre. And they’ve made significant financial contributions to the development of Joseph Brant Hospital.

Robert says it most succinctly: “Molinaro Group is all about Burlington. And the city will always be a part of who we are.”