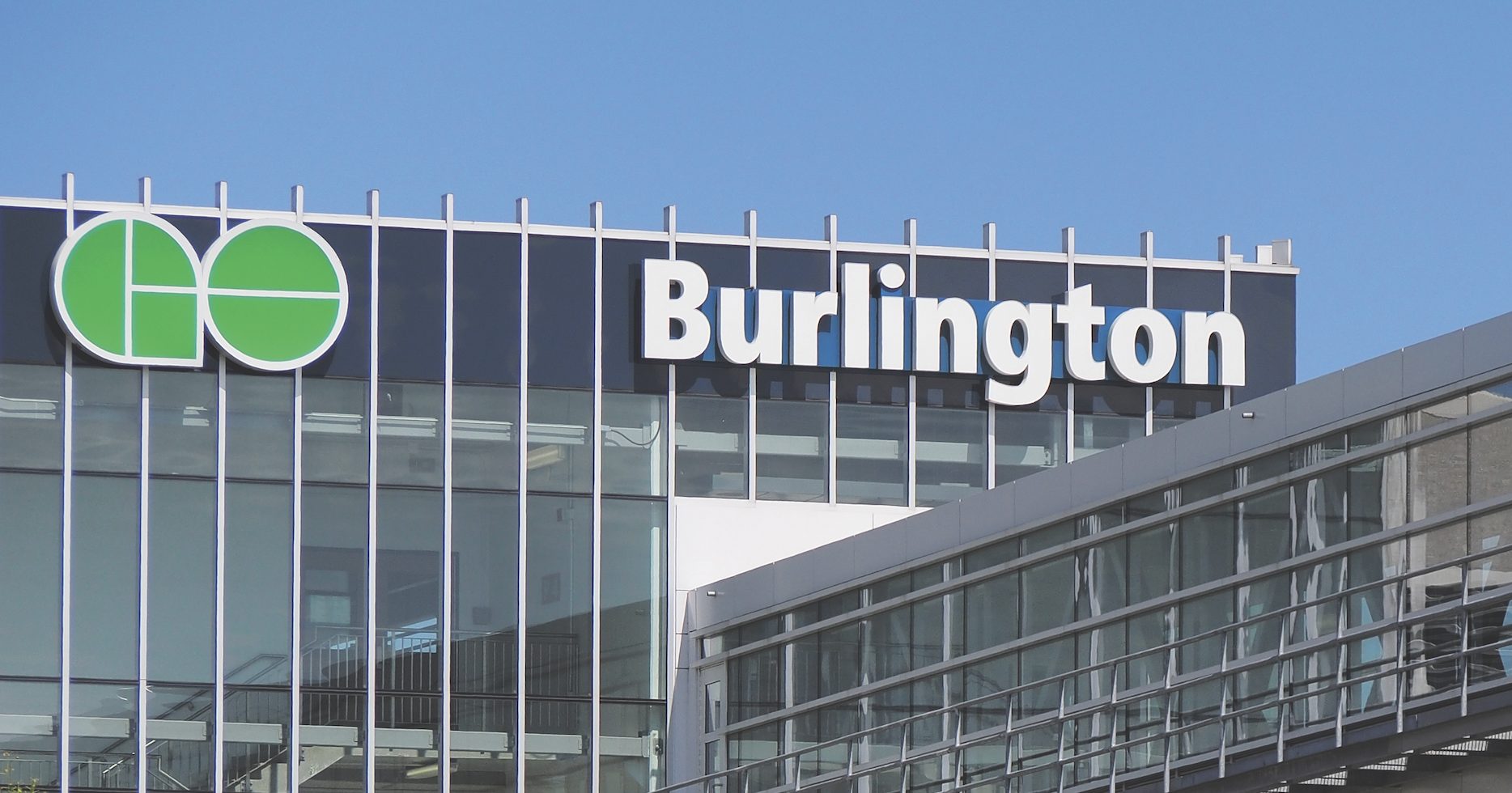 For many of us, The Great Commute could be back in full swing. And it’s not great for all of us. How can you make it easier on yourself?

Thankfully, after many months of pandemic-induced isolation at home, many of us are finally (if reluctantly) ditching remote work (if only partially) and returning to the familiar routine of making the daily trip to the office or job site.
Reconnecting in person with co-workers is the upside; the downside for many is the toll of the journey and hours spent in transit. Driving is more costly than ever.  And enduring the traffic delays while navigating the to-and-fro in the GTA at peak hours can be a test of one’s sanity, regardless of the means of travel. While we’re all glad to back in circulation, we also have our limits.

It goes something like this: spend your home and leisure hours enjoying the restorative small-city charms of Burlington while saving time, money and stress hormones via a swift and seamless GO train ride to the big city next door. What’s the clincher? Your GO ride is only a short walk away.

At the Molinaro Group we can’t say we saw the pandemic coming when selecting the Paradigm site; it only looks like a stroke of genius in hindsight. Please forgive us for patting ourselves on the back but it’s also true that we envisioned Paradigm this way as part of our master plan for building a better Burlington. Breaking ground next to a GO station way back in 2007 simply made a ton of sense even if, at the time, it wasn’t common practice in North America.

“Building by the GO station was unheard of many years ago,” says company president, Vince Molinaro.

“Paradigm being right adjacent to a major GO station made a lot of sense to us even though the city probably didn’t have the planning in place for it. Even though purchasers were probably thinking about places. But we saw the benefits to buyers before everyone else did.”

Managing Director Sam DiSanto concedes that the plan came with obstacles but the Molinaro Group surmounted any and all objections because the development made so much sense.

“We had this inkling that transit very soon is going to be extremely important, so we pursued the deal. We needed the land to be re-zoned for mixed use and residential, which we knew would work here. Take a look at all the great cities in Europe and everything is built around transit stations.”

“As they say, the rest is history,” he says with a smile.

Another window of opportunity for commuters is about to open with the pending launch of Paradigm Grand’s two front towers, right on Fairview.

This is the Grand Finale of the five-building, community originally envisioned by the Molinaro group. Anyone who missed out on the first phases of the development will have another chance to take advantage of this unparalleled access to fast and affordable transit. Imagine your workday starting with a short walk to the station, followed by a scenic ride along the lake.

Relaxed, rested and ready to go is a much better mindset to begin your workday than arriving frustrated and even angry after gripping the steering wheel in stop-and-go traffic. The Paradigm Grand way is to live in a growing mid-sized city and work in the big city, without the mental and physical toll that makes highway commuting such a soul-sapping burden.

City-dwellers in North America are gradually coming around to the benefits of the car-optional European lifestyle . This includes more intimate living spaces, proximity to neighbourhoods, transportation, parks and recreation.

For the Molinaro Group it is all of a piece.

“We’re not just building condos we’re building lifestyles,” Vince says.  “We’re creating a better Burlington for people who live here and for people who want to live here. And Paradigm Grand is the full expression of our vision for how to do that, right here in Burlington.”